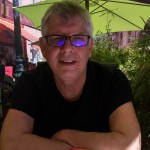 Travelling through France during rail strikes

I was asked to record a journey from Limoux to Glasgow by rail on 17 December. As I was wanting to go back for Christmas, it seemed like a great opportunity.

Everything booked and good to go on 31 October 2019. The ticket prices were reasonable and booked through Oui SNCF except the sleeper which was booked direct.  The journey was due to start at 6.30 am and arrive in London in good time for the sleeper service to Scotland.

There have been protests every Saturday in most major French cities for over a year, so I wasn’t too worried about any disruption, after all the journey was booked for a Tuesday and the Gilet jaunes were quiet during the week. On Saturdays they were up and about (they did some very nice Bar B Ques next to the roundabout where I live) but it seemed a safe bet to travel mid-week.

The first general strike was on 4 December. The only trains running in Paris were the driverless metro lines (1 and 14) and there was no end date. The Carcassonne – Bordeaux train was the first to be cancelled followed quickly by Eurostar. SNCF refunded the tickets for their trains (they couldn’t offer an alternative because they didn’t know when there would be one). Eurostar would let me choose another service at some time in the future.

So, I am now looking for an alternative to get to London for the 17th as the Caledonian sleeper ticket was not refundable. There was a definite chance the Air Traffic controllers would join the strike but so far nothing had happened. They usually strike on a Thursday/Friday so checking flights was the next step.

Carcassonne is the nearest airport, but Ryanair were cancelling flights there, so Toulouse was the next choice. The problem was actually getting there. I was going away for 3 weeks so leaving the car wasn’t really an option (approximately 120 euros) and the public transport had stopped.

Alternative transportation during strikes in France

The answer was BlaBla cars. I registered with them last year, but I had only used them once. Unlike a taxi service you have to enter your pick up town on the app and where you would like to go and see if anyone is making the same journey. You then buy space in their car. It is very much a case of getting the lift first and the flight second. I was offered a lift from a pick up point about 5 minutes from the house to Ramonville metro station, the last stop on Line B south of Toulouse. This was for the Monday and Ryanair had a flight to Stansted that afternoon.

So, on Monday morning Stevie turns up on time and 2 skater boys and I head up to Toulouse. It seems all the spaces are taken for the journey and the charge was 7.50 euros each. The music wasn’t bad in the car and I was pleased we were heading for a metro stop as the traffic was horrendous with the public transport unavailable.

At Ramonville, I bought a ticket right through to the airport joining the airport bus at the Compans Caffarelli metro stop. The flight was not for another 4 hours so there was plenty of time for something to eat airside.

The flight was on time into Stansted and I got a room at the airport Radisson for £56 + points. The Holiday Inn was also good value, but I prefer to walk from the terminal rather than take a shuttle bus.

The next day, after a 3pm check out, it was the Stansted express into Liverpool Street. There was 6 hours to kill so I checked out a few pubs in the area (The Prince Arthur, The Resting Hare, The Euston Tap, The Signal Box) and had a snack at the Doric Arch.

On board the sleeper at 10.30pm. The train was the new sleeper with quite luxurious facilities compared to the old train. I had a club room with shower and toilet. Time for a night cap in the Club Car then bed.

The next morning a Scottish breakfast was served in the Club Car, but the train stopped just south of Carstairs for about 1.5 hrs. Apparently a freight train had broken down further up the track, so we were late arriving in Glasgow Central. However, you can make a claim for any delay over 30 minutes, so I was reimbursed my full ticket price.

So, a walk up to Queen Street station and a 20 minute ride to my destination.

The return journey was much less stressful. An EasyJet flight from Glasgow to Stansted, overnight at the Hampton by Hilton then Ryanair back to Carcassonne. The strikes were easing slightly so I managed to get a bus home.

I intend to do the rail journey again once everything has settled down which at the moment (Mid-January) looks like being late Spring or Early Summer.